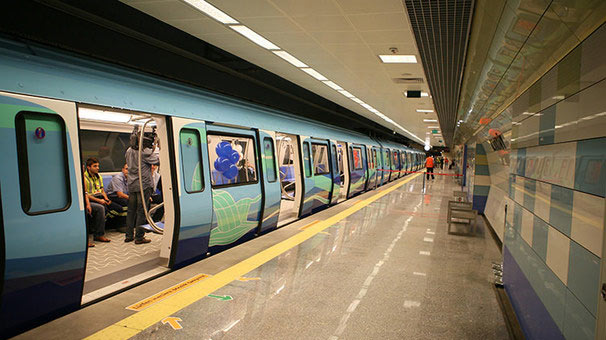 On December 3, 2019, the government of Uttar Pradesh approved the extension of Aqua line that will connect Noida with Greater Noida Metro. The proposed metro route in Noida is expected to boost the connectivity among the housing hubs in the property market of Noida. The metro link extension of 15 Km will run between Sector 71 of Noida and Knowledge Park-V of Greater Noida.

The new metro link will connect the twin cities in Gautam Buddh Nagar district, adjoining the national capital, Delhi. The metro corridor project is expected to be built within three years, with an estimated cost of Rs 2,682 crores. The new track will be completed in two phases. In the first phase, the development of a metro network with five stations will take place, which includes Noida Sector 122, Sector 123, Greater Noida 2, Eco Tech, and Greater Noida Sector 4. In the second phase, the stations of Greater Noida Sector 3, Sector 10, Sector 12, and the Knowledge Park V will be built. With increased connectivity of the residential areas, the Noida property rates are also expected to increase.

The inauguration of the Blue line metro route offered significant relief to the commuters who travel between the two cities. The metro network was inaugurated by the chief minister of Uttar Pradesh, Yogi Adityanath and the Housing Minister, Hardeep Singh Puri. While the construction work of the Delhi metro line started in May 2015, it only received safety clearance in December 2019. Apart from improving the mobility quotient of the city, the Aqua line is expected to offer more benefits.

The commuters traveling between Aqua and Blue lines will avail relief with the inauguration of the 200-meter walkway. The provision of the solar-powered e-rickshaw services by the Noida Metro Rail Corporation (NMRC) will further enhance the connectivity between the two networks. The commuters of the Aqua Line will have three options for ticket generation. The three options include the use of smart cards, purchase of QR Code, and the use of the NMRC mobile app.

With the new Noida metro route, the connectivity of Greater Noida to Delhi will be enhanced, offering more benefits to the commuters.

The extension of the Aqua line will also benefit the real estate dealers. The developers of the property market, who have set up residential projects in Greater Noida and Noida, can now pitch the affordability factor as the unique selling point of the projects. As compared to Gurgaon and Delhi, the property rates in Noida and Greater Noida are more affordable. Even with the affordable housing projects, the builders have not been able to find interested buyers for a number of reasons. Among all the potential reasons, one of the biggest reasons is the lack of robust transport networks that prevent the home buyers from showing interest in the residential projects of the region.

But the launching of the new metro rail services enabling people to easily travel from Delhi to Noida, Greater Noida to Gurgaon, and more, will increase housing demand in Noida and Greater Noida. The extension of the Aqua line will initiate a change and encourage people to buy property in the area. The metro connectivity will increase the demand for residential units. As per the Noida property News, the increase in demand and sales will lead to an increase of the Noida and Greater Noida property rates by 20 percent.

For the people who already own flats in Noida as well as Greater Noida, the inauguration of Aqua Line Metro comes as good news to solve their transportation problems. The people with flats in the area can also expect a hike in the worth of the immovable assets that they own. The new metro track will also benefit the investors who have set up properties in Noida and Greater Noida for earning handsome rentals. With more number of takers, they can expect high returns for their investments. The rental prices are expected to go up by a rate of 5 to 6 percent. With better access from Noida and Greater Noida to Delhi and vice versa, the property market of the region becomes a profitable investment option.

Less Congestion and Traffic in Delhi

With increased mobility between Noida and Greater Noida, Delhi can now obtain some quality relief from the growing congestion and heavy traffic. With limited housing options, Delhi faced congestion due to the increase in the number of the migrant population. The inauguration of the Aqua Line Metro solves the congestion problem. The congestion of the Delhi roads is also expected to decrease as more people will opt for Metro ride to their work. Along with reducing vehicular traffic in Delhi, the metro network makes commutation easier, saves time of people, and is also expected to reduce the pollution level.

On July 25, 2019, the Noida- Greater Noida Metro completed six months of operation. After the completion of six months of operation, Aqua-Line witnessed a growth in the number of commuters by 88 percent. As per the officials, the average daily ridership is found out to be 14,827. Being a comfortable and reliable means of transport, more and more people are choosing to travel by the Aqua Line metro.

The project of metro extension proved to be beneficial not only for the commuters but also for the different real estate dealers having invested in Noida and Greater Noida Property. The metro rail marks a new beginning for the property market in the region.