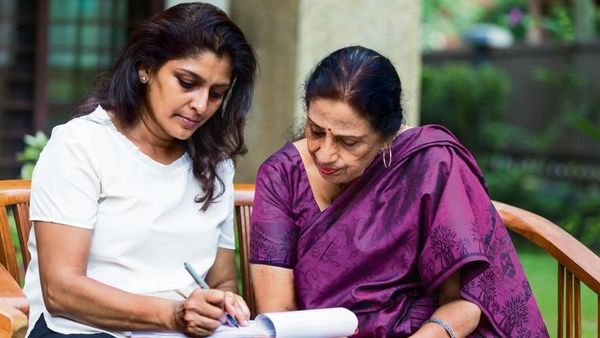 The life of a girl is governed by the numerous roles she plays during her lifetime. Her rights and responsibilities vary according to the position she acquires in the family. Be it the daughter, daughter-in-law, mother or a wife, the uniqueness attached to each of the positions, demands a separate set of rules which govern her obligations and what all she is entitled to.

What is Self-Acquired Property?

Property which an individual acquires from his sources or the one which he inherits because of the family division, or which is legally passed on to the person because of the Will is termed as self-acquired property.

What is the Ancestral Property?

Section6(1) of Hindu Succession Act 1956,underwent an amendment in 2005 and according to that, the daughter has been given the status of a coparcener in HUF (Hindu Undivided Family) which means that she is entitled to the right in the property right from her birth just like the son of the family. This extends to her irrespective of her marital status. In case the daughter dies, her share shall be divided amongst her children and in case her children are not alive on the day of the partition, her grandchildren are entitled to get the share.

However, the same doesn’t extend to the daughter-in-law of the family. This means, that she cannot go the legal way claiming her right on the property.

A married woman is a member of the Hindu Undivided Family(HUF)but is not a coparcener. The daughter-in-law has a right on the share of the property which her husband has acquired in the HUF property. But she cannot claim anything over and above this. In case, the mother-in-law dies, her share shall get divided amongst her children and the daughter-in-law will be entitled to the part which has fallen in her husband’s share.

It was decided in the case involving Jitender Kumar vs Varinder Kaur in 2016,wherein Punjab and Haryana High Court gave the verdict that the daughter-in-law did not have any claim on the self-acquired property of her in-laws.

In this case, the son and daughter-in-law had started living separately after marriage because of the marital dispute. Once the couple had their daughter, they came in again to live with the parents. As fate would have had, the dispute rose again and the son moved out to live separately! But this time, the daughter-in-law went to the court claiming her right on the property to which the court passed the judgment against her claim because this property doesn’t come in the category of shared property rather it is the self-acquired property of the in-laws.

Under the Domestic Violence Act, the daughter-in-law has a right of residence in the house whether it is owned by her in-laws or not and even if her husband doesn’t have any ownership rights in the house, the right of the daughter-in-law remains intact. This shall continue to remain until the marriage doesn’t dissolve .If the matrimonial relationship ceases to exist, this right cannot be claimed.

If the daughter-in-law is a widow

If the property happens to be a self-acquired property, the widowed daughter-in-law doesn’t have any right on it. The court further says that she cannot even live in the house against the wishes of her in-laws.

Maintenance is not the responsibility of in-laws

Domestic relationship: When two people have lived or are living together in a shared house hold.

Shared household: House, where the aggrieved party has lived or is living in a domestic relationship, is a shared household. This can include rented or owned property.

The rights of the women are complex and the complexity increases when a woman gets married. The rulings of the Supreme Court and other courts have been clear and crisp regarding right on the self-acquired property of the in-laws so that the chances of conflict get minimized and no dispute arises.

With no right on the self-acquired property of the in-laws, the daughter in law is entitled to claim the share only on the part which her husband has. Nothing over and above the same can be claimed or sought.