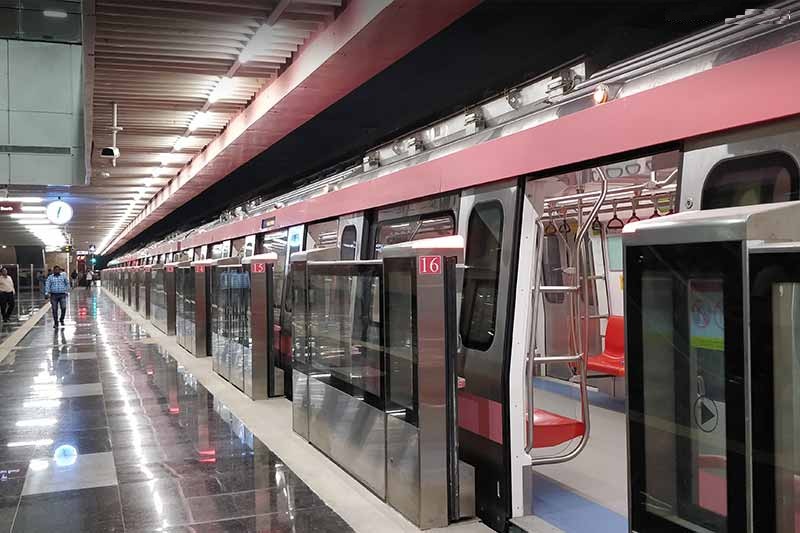 The Supreme Court gave an order on 8th July 2019 to go-ahead with the construction of the Delhi Metro’s Phase 4, which will be 104 km long. The Delhi Metro Rail Corporation or DMRC has started the initial work for this long-delayed Phase-4 project. The project is planned to be completed in f4e years from the date work starts on it.

The Union Cabinet on 7th March has already g4en the approval three out of the proposed six routes of the Delhi Metro Phase-4. The three corridors will go ahead on the Cabinet’s approval and add to the Delhi metro map are RK Ashram-Janakpuri West, Mukundpur-Maujpur, and AeroCity-Tughlakabad corridor. This newest phase is expected to connect Delhi to the remote corners of the national capital region or NCR.

The approval for all the six proposed corridors of the 104-km project was g4en by the Cabinet in December of 2018. However, with Cabinet's approval, Phase-4 will be only 61.679-km long with 46 Metro stations, 17 of these stations will be elevated. The total cost of the project is estimated to be around Rs 25,000 crore, which will be partly shared by the Delhi government.

Phase-4 was planned with the aim of providing last-mile connect4ity to the new housing clusters that have been developed in the NCR. According to the government, there will be 17 underground and 29 elevated stations along these corridors. On completion, it is expected to cater to nearly 15 lakh passengers on a daily basis.

After the Cabinet's approval, the Metro expansion plan again hit a roadblock due to a fresh funding disagreement between the Centre and the Delhi government. Officials have said that the state government’s share of the expenses for the three corridors to be built by 2024 had increased by 30.86 percent after the Union Cabinet had granted approval for the project. Supposedly, the cost (Rs 2,447.19 crore) to be paid by the Delhi government for land for the three lines only is more than what was originally planned (Rs 2,121.5 crore) for all the six lines. The DMRC has started the designing tasks for Metro Phase 4, including structural diagrams that will take up to three months. The process of finalizing and floating tenders can only start after the drawings are ready and prepared.

Tughlakabad to Aerocity (20 km long)- There will be 15 stations on this new metro line in Delhi and will connect the Faridabad region to the Delhi airport.

Mukundpur to Maujpur (12 km long)- There will be six stations on this route, and it will connect eastern Delhi with the northern region.

Janakpuri to RK Ashram (28 km long)- There will be 25 stations on this route. These two stations are also connected through the Blue Line which runs through Karol Bagh, Patel Nagar.