How far the land prices will get affected 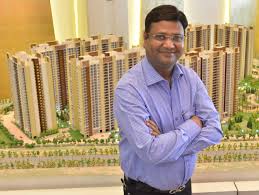 How far the land price get affected ?

Land parcels which are purchased from the authorities towards plotted development will not be affected but independent developments and builder floors will be affected, where cash transactions were predominant.

Prime Minister Narendra Modi’s demonetisation move, touted as a bitter pill that will cure the real estate sector of many of is ailments , is a step which is being cheered by developers across the country. Many are of the view that the move is likely to make property more affordable, among many other positive things. Deepak Kapoor, Director of Gulshan Homz and President of CREDAI-Western UP, shares this view. All cities would be equally affected, However, primary real estate would not be a sufferer in any of the cases as this market formed by projects undertaken by reputed developers; buyers, too, take home loans to finance their home buying process.

But, the secondary real estate market might take a hit as a large part in most deals is paid using unaccounted money. Also, transactions on plots may take a big hit in the metro cities, where the existing circle rates are much lower than the market rates. set on funding which is available and FDI are bound to be more in demand and much sought after. Monetary transparency was already prevalent in the market, and with the government’s move of demonetisation the ultimate dream of buying a house will get more accessible for the common man. With the implementation of the Real Estate (Regulation & Development) Act, 2016, and the Goods and Services Tax regime, things will become even more transparent.

HDFC Bank’s Aditya Puri has been ranked 36th in US magazine Fortune’s top 50 business persons list for 2016, and is the only Indian among three others of Indian origin in the global rankings.Puri has led the country’s second-largest private sector lender since its inception in 1994.Among other Indians, Microsoft CEO Satya Nadella has been ranked fifth. AO Simith’s Ajita Rajendra is at 34, followed by MasterCard’s Ajay Banga at 40.

Under Puri, the bank delivered $1.9 billion in profits last year and its American Depository Receipts had a 15-year run which took them up 2,200% before some easing off late, the magazine said.The 66-year-old Puri, one of the highest paid bankers in the country, had undergone a cardiac surgery earlier this year