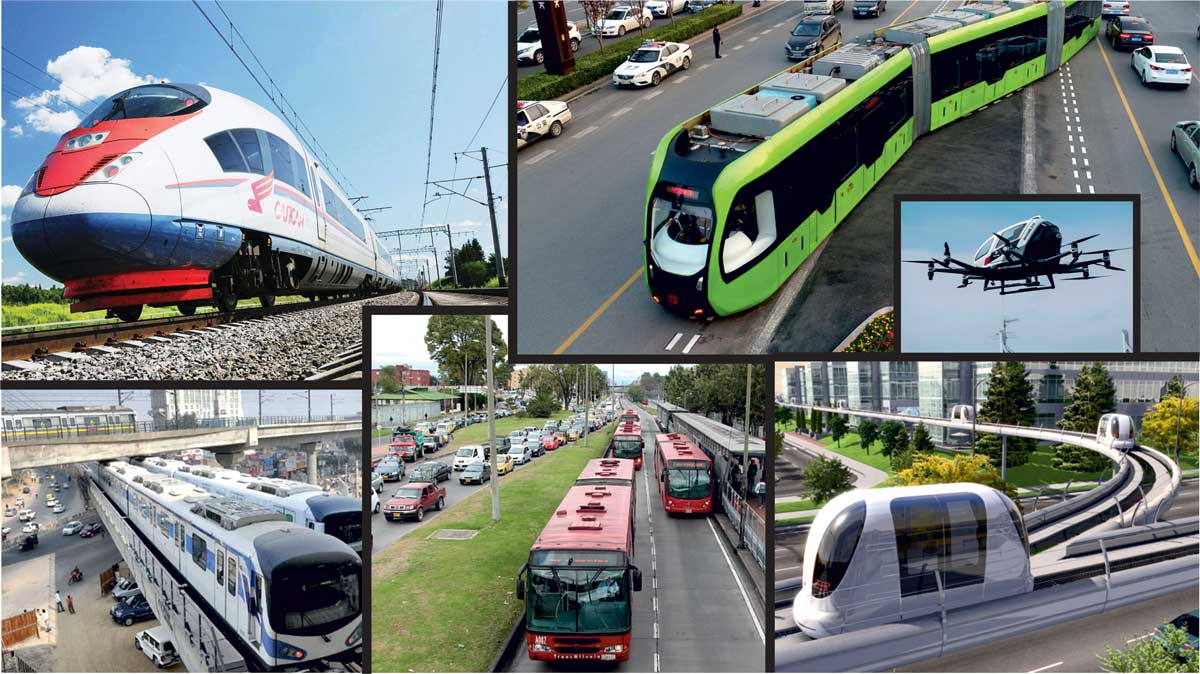 From smart investor to smart-phones to smart cities and smart children, there is hardly any aspect of our lives which hasn’t been touched by the technological advancements happening every second. When the pace of growth is tremendous can transport system which is the lifeline of any economy afford to remain unperturbed by the developments around? Imagine if you were asked to commute daily in a tuk-tuk or tonga or probably a rickshaw? Wouldn’t you feel that some scene of a black and white movie is being picturized on you in the era of drones and robots? Thinking about it in the 21st century is a strict no-no let alone living with it.

Transport System in India has undergone a massive transformation owing to the growing demands and developments. The metropolitan cities which are home to people from different parts of the country have changed the outlook of how one should live life in style and ease. The infrastructural support provided by the government is worth being commended and an efficient transport system forms an integral part of the contribution of the state and centre authorities in reshaping the face of transportation in India.

If you think that the country with the highest percentage of young population has a spick and span transport system, you are in for a toss for the challenges faced in the transport system are:

It would be wrong to say that nothing has been done so far. But a lot needs to be achieved to meet the requirements of smart cities by developing a smart transport system.

Following is the list of transport systems which can boost the Indian economy, save nature and at the same time decongest the sprawling traffic on roads in the cities.

Metro is the face of change:

Delhi metro has transformed the way people thought about underground transit system or metro rail system. With almost 2000 trips every day at an interval of 1-2 minutes, the metro has reduced carbon emissions and according to the figures by United Nations, it has helped in reducing pollution levels in the national capital by 6,30,000 tonnes every year. After the successful run of metro in Delhi, other major metropolitan cities like Jaipur, Ahmedabad, Chennai, Mumbai, Bengaluru, Lucknow, Kochi and others have started their metro rail services.

If today you ask a middle-income group person, how frequently he/she travels by air during the year; the answer you will get will be a testament of how rapidly people are using airport services for travelling for work or leisure. The purchasing power of the people has grown and in the advent of this growth, the air traffic has increased. Indira Gandhi International Airport in Delhi is the 12th busiest airport in the world and as per ACI report; the number of domestic and international flyers in 2018 was 6.9 crores at IGI airport which is 10.2 percent points higher than the figures of 2017. Chhatrapati Shivaji International Airport in Mumbai holds the tag of being the world’s busiest single-runway airport. Many other cities in the country are coming up with Greenfield and no-frills airports.

Whether it is the local bus in Delhi or any part of the country, the percentage of people who travel by buses is huge and for this reason, the step of the government to move towards greener buses has been welcomed by the people because these buses emit fewer pollutants. Delhi’s Transport Corporation (DTC) has a fleet of CNG buses and similarly BEST (Brihanmumbai Electric Supply & Transport) in Mumbai is eco and disable-friendly, air-conditioned and BS-VI compliant.

The presence of Indian railways has been on the map since times immemorial and in the wake of increasing traffic in railways, uplift is mandatory. In line with this, Japan has agreed to modernize 400 railway stations in India by participating in Indian Railways $140 billion investment program over the next five years. Not only this, when Prime Minister Sh. Narendra Modi visited Silicon Valley, Google agreed to provide free Wi-Fi at 500 stations in India. Apart from this, the government has invited applications from interested parties for redesigning and revamping the railway system in India. Mumbai-Ahmedabad high-speed rail corridor is deemed to be India’s first high-speed rail line.

With Arabian on the West, the Bay of Bengal on the East and the Indian Ocean in the South, the coastal line of India is long and thus holds a huge potential for connectivity through the water. Be it the Jalesh, the indigenous cruise which navigates between Mumbai and Panjim or the cargo ships which sail in the blue, the vast potential the river holds cannot be undermined. Canal network is considered to be cheaper than road transport and for this reason; the government has targeted to connect 37 rivers in India for a better transport system.

Drones will be the delivery agents:

Let your groceries from Amazon get delivered by the drones instead of a delivery boy next time. Won’t that be less cumbersome, efficient and pollution saving strategy. Though this is in its nascent stage, the Federal Aviation Administration has given approval to Amazon for testing the prototype for delivery.