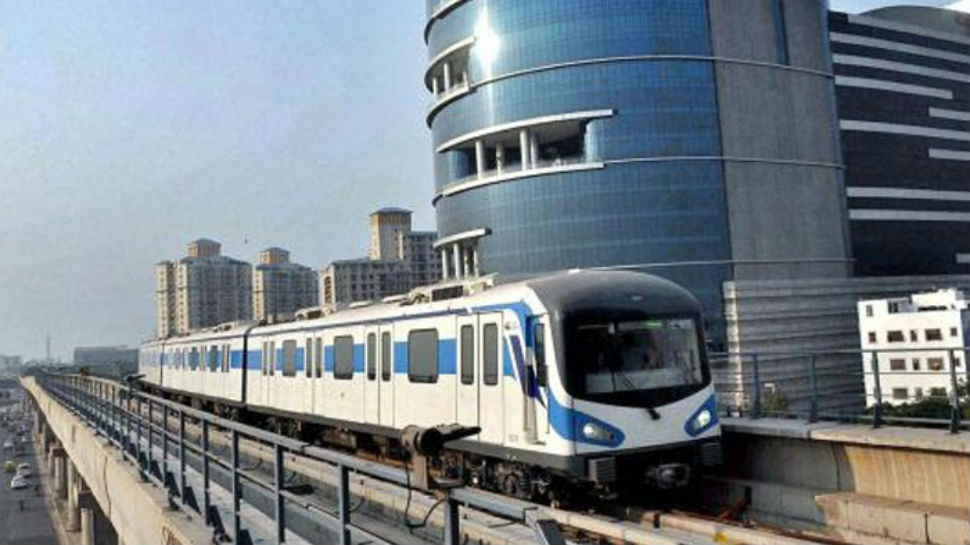 Millennial city Gurgaon is the hub of the flamboyant and posh corporate offices of most of the foreign multinational companies and needless to say, this serves as the major attraction for the youth to get into the city by hook or crook.

The cosmopolitan quality of life woos youngsters because Gurgaon is the land of opportunities. Having said that, does the city have the necessary infrastructure to support the ever-increasing demands of the residents? Haven’t the number of cars on the roads increased considerably and isn’t commuting a big-time challenge? Well, the answer to these questions is a big YES and to give a breather to the residents of Gurgaon, Rapid Metro Phase 2 was rolled out after the success of Rapid Metro Phase 1.

What is the Rapid Metro?

As the name suggests, it is a light rapid transit which is completely elevated with standard gauge tracks and connects various commercial and residential hubs of Gurgaon. It serves as a support to Delhi Metro and enables exchange at Sikanderpur Metro Station.

The first phase of Rapid Metro became operational in November 2013 and after its success, the second phase was rolled out and it began its function on March31, 2017.

Rapid Metro happens to be the world’s first completely private financed metro system since it doesn’t have any contribution from the Union Government, State Government or any other public sector undertaking. Infrastructure Leasing &Financial Services Ltd(IL&FS) has handled and maintained the entire project while Rapid Metro Gurgaon Limited (RMGL) has built and operated the Rapid Metro.

The service of Rapid Metro starts at 06:05 in the mornings and it runs till 10:00 at night. Gurgaon Rapid Metro has 11 stations that are spread across the wide network.

The major distinction in the areas covered under Phase 1 and Phase2 is that Phase 1 revolves around Cyber city and Phase 2 along Golf Course.

The connectivity of Rapid Metro to different parts of the city is unparalleled which has made commuting easy and comfortable for the working force.

The prime areas of Gurgaon like Cyber city, DLF Phase2, Phase 3, NH8 and Golf Course Road are well connected through Rapid Metro. Sikanderpur Metro Station serves as the junction from where Delhi Metro’s Yellow Line can be taken for reaching the national capital.

The fares to any metro station are standard and you need to punch in your card or token from wherever you board the metro. It depends on the distance between the two stations.

How about celebrating your birthday on the move? There is a service famous as Birthday on Wheels where you have the luxury of getting the train booked in your name and you can have numerous fun activities while you are in the Rapid Metro.

Apart from this, you can also avail the luxury of travelling in a group by booking a coach in the name of the corporate house you are a part of. This encourages group travel and thus less commotion on the roads.

You can also register yourself for educational or promotional events that are organized in the rapid metro.

Branding and promotion is a part of the marketing strategy of big names in the corporate world. When the platform is as big as that of Rapid Metro, why would any big name like to be left behind in the race?

Since Rapid Metro is privately owned, so the opportunity for the private players to brand their products is tremendous. For this reason, stations have names like IndusInd Bank Cyber city Station, Vivo Sector 53-54 Station and many more.

The big houses maintain the metro stations and thus it is a platform to organize the company’s events and much more.

To compensate for the rising demands of the city, it has been decided that Gurugram Metropolitan Development Authority will extend the services to HUDA City Centre and Gurgaon Railway Station. Subhash Chowk, Hero Honda Chowk, Sheetla Mata Road, Basai Road, Rezang La Chowk, and Railway Station will be covered.

Rapid Metro has not only brought ease in terms of commuting but has also given an opportunity to the localities in old Gurgaon to mark their presence on the map. Efficiency, productivity, and proficiency have been the watchwords behind the success of Rapid Metro and this has carved the way for 31.11 km long stretch with 25 stations and 6 exchange points to become a reality by 2023.