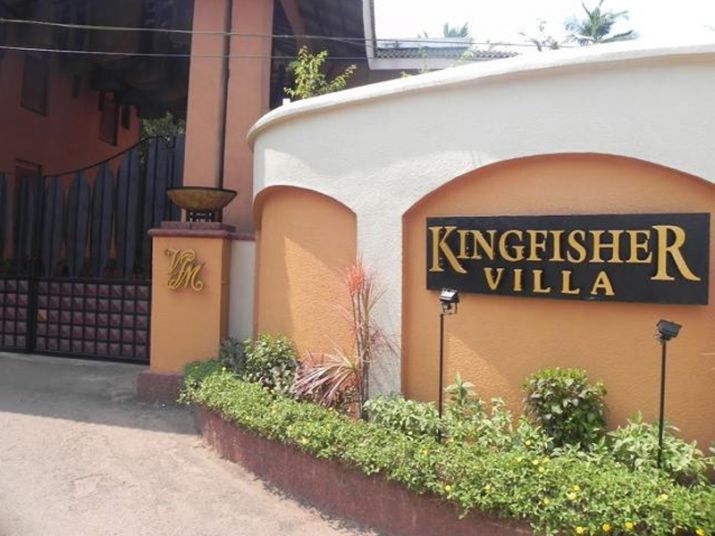 The expensive Kingfisher villa in Goa owned by Vijay Mallya got listed for auction for a longtime and finally has got a potential buyer. The famous actor and renowned businessman named Sachiin Josh bought the entire villa property on April 8 at a whooping price rate of about 73 crores of Indian Rupees. This particular property of Kingfisher’s kingpin Mallya has been sold successfully after bypassing three different attempts that were made by the SBI (State Bank of India) to acquire it for the loan he has failed to pay within the given time.

The Kingfisher villa in Goa has been curated by experienced and world-class interior designers. The interior portions are designed following the typical Goan style that goes easy with the beach view from the villa. The villa gates are not only gigantic in terms of size, but it does hold onto precious metals that no can bypass without getting prior permission.

The entire Kingfisher villa located in Goa holds onto three enormous bedrooms with a large spaced living room. Every other nook of the villa is said to be designed and decorated by India’s leading business tycoon, Vijay Mallya himself. The living room has a piece of hand-crafted furniture made out of teakwood with a home theatre placed in the right corners, providing the coziness needed to beat the stress out.

The end part of the villa has a big apartment-sized room that faces the sea and called as the Mallya master bedroom.

The trimmed lawn in Vijay Mallya’s Goa villa has imported plants studded in a perfect state and paves the way towards the remotely built golf course. The swimming pool can be found neighboring the lawn areas. This is where Mallya used to throw the celebrity-filled pool parties way back. Every other Bollywood famous directors, actors, and technicians used to party with Vijay Mallya in and around the private pool.

To light up the party spirit, Mallya built a special dance floor that he also used as a helipad. The pool party picture made it to the news after Mallya threw up a luxurious pool party on this sixtieth birthday event. 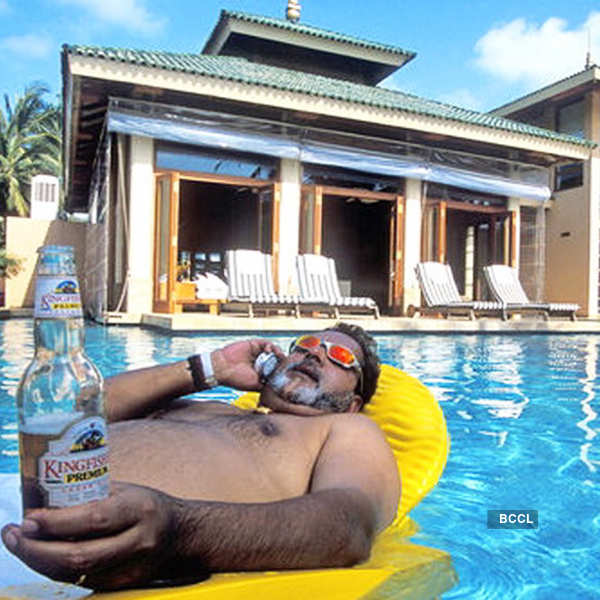 Everyone does know the type of fascination Mallya has towards cars. In Vijay Mallya home, one can witness about twenty foreign-imported high range cars parked within the villa premises. Every other inch of the Kingfisher villa gets to display the wealth levels of Mallya. The ‘Red Ferrari’, which was once branded as the signature car of Mallya is now dusting around the garage areas.

What does the auction list include in the Kingfisher villa?

According to the valid statements that were released by SBI officials, the sale of Kingfisher villa in Goa does include every other antique collection and the dozens of luxury cars in the auction list. Vijay Mallya turned into a defaulter, once his private villa was taken for auction and the news made it to the public.

The other famous Kingfisher villa:

If you think Vijay Mallya, had only one Goa villa, then you need to refresh your through, as you are about to get surprised with the news that there is yet another Kingfisher Villa located in Goa. Ashok and his wife Linda Nabha has been running the vacation type five-bedroom villa home, which they had named together as the ‘Kingfisher Villa’, even before Mallya started building his private villa. This vacation villa is said to be in existence for the past fifteen years, and even after Mallya built his dream Kingfisher villa, the couple didn’t give up or made efforts to change their villa’s name.

The early life of Sachiin Joshi:

Actor Joshi made his way towards the Bollywood film industry with his debut in the film named ‘Aazaan’ in the year 2011. Other than getting popular in the media for purchasing Kingfisher villa in Goa at a whooping price rate, he is known for owning a reputed production company named Viiking Media & Entertainment through which he has agreed to purchase the high-budgeted Kingfisher Villa.Sachiin Joshi has minority stakes on PB Lifestyle, which is said to be an exclusive license holder for Playboy Enterprises.

The instant connection between Mallya and Sachiin Joshi:

The original owner of Kingfisher hotel in Goa, Mallyais popular for owning the most famous and celebrated Indian liquor company named Kingfisher. Similarly, Sachiin Joshi also owns a beer manufacturing company named ‘Kings Beer’. Both Mallya and Joshi owning liquor manufacturing companies in India is one instant connection that many people never dreamed to happen in the first place.

What made the Kingfisher Villa lose its bidding price value?

An official statement about purchasing Vijay Mallya’s Kingfisher Villa is yet to be released from theactor Sachiin Joshi’s house. According to the Sarfaesi Act, the bank had the right to cut down the deal if at all the assets that were left behind a defaulter has failed in more than two auctions. As Mallya’s Goa villa failed in three different auction attempts the villa asset got sold at 73 crores of Indian Rupees, which is known to be half the price of its original value. Sachiin Joshi, the actor known for representing Viiking Media sealed the deal by paying one lakh Indian Rupees more than the final reserve price.