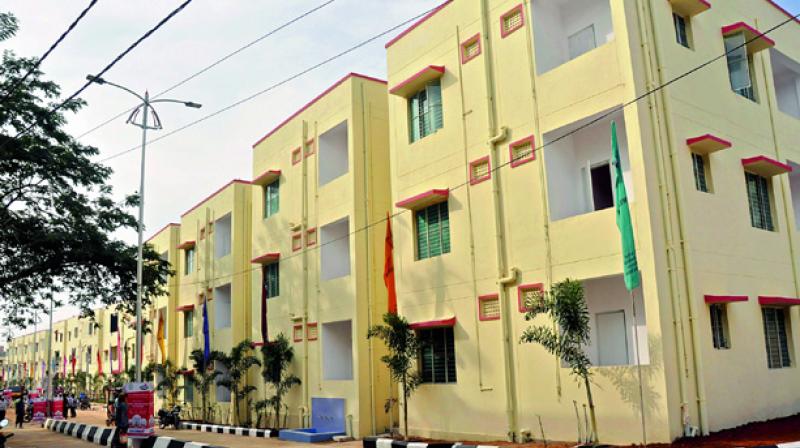 Media is often referred to as one of the most important and strongest pillars of democracy. The people who work in this profession add a lot of value to our society. Journalists are the messengers of truth, and since the kind of service they provide is invaluable, the government has introduced several schemes for their benefit from time to time. One such scheme is the housing scheme for journalists in Andhra Pradesh.

The state government in Andhra Pradesh came up with the initiative to provide flats or single houses to journalists based and working in the state. In consultation with the Information and Public Relations Department of the State (IPR), the state government devised a scheme that would help journalists get a house or a flat free of cost or at very cheap rates, based on the kind of criteria they fulfill.

Scheme 2: Under this scheme, a 2 BHK house is provided, which covers an area of 430 square feet. The cost of the house, as decided by the government, is Rs. 7.65 lakhs. The state government, central government, contribute Rs. 1.5 lakhs each. The balance amount, which comes down to Rs. 2.15 lakhs will be contributed by the beneficiary.

Scheme 3: A 3 BHK house is provided under this scheme. The house, covering an area of 720 square feet, is priced at Rs. 11.52 lakhs. The state and central governments, along with the I and PR department, contributes with Rs. 1.5 lakhs each. The balance amount of Rs. 7.0 lakhs have to be arranged by the beneficiary.

BLC Scheme: A 430 square feet house, which is valued at Rs. 5 lakhs, is provided in this scheme. The central government provides 1.5 lakhs from its end. The state government and the I and PR department contribute with 1 lakh each. The remaining 1 lakh rupees have to be provided by the beneficiary.