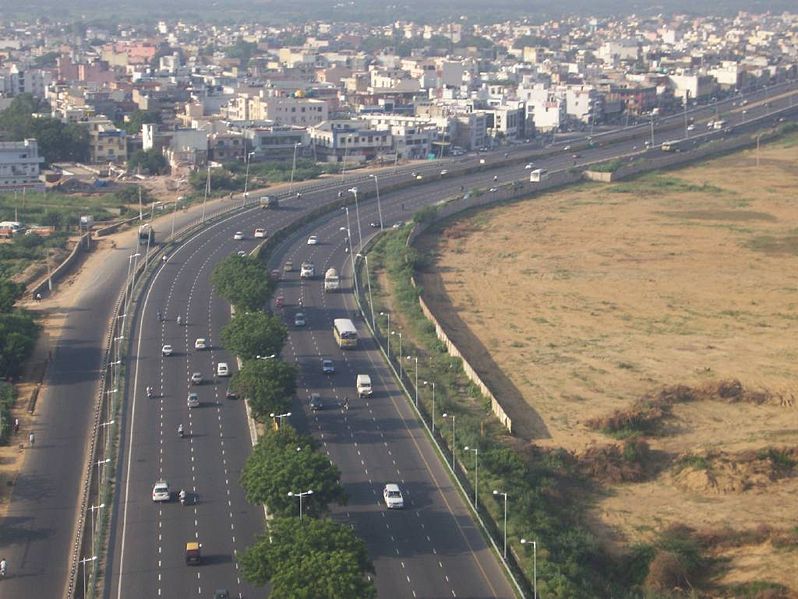 There was a major breakthrough in the roadblock that was delaying the construction of the Dwarka Expressway because of a ruling by the Punjab and Haryana high court in 2015. The Dwarka Expressway is a link road that was given the green signal nine years ago to cut through residential areas, and help decongest the Gurgaon Expressway, known for its notorious traffic snarls.

The Benefits of the Dwarka Expressway and its Inception

This new expressway, which had been planned to be ready before the CWG Games of 2010 started, will allow the traffic that comes from the direction of Jaipur to bypass the Gurgaon Expressway and go straight towards IGI airport and Dwarka.

The foundation stone for a 5 kilometer stretch that falls under the purview of Delhi was laid on 8th March 2019, and it is believed that this road would usher in fresh avenues of industrial development for the whole region.

The Government of Haryana had acquired 600 acres of land for the expressway project, but people who owned property there, asked for a change in route and sought the help of the high court in 2007 and 2008.

Owners of properties along the proposed road had demanded a suitable resettlement plan. This was the reason that the construction was halted due to litigated. The court lifted the stay on construction on the 2.5 km long section of the Northern Peripheral Road (NPR), which is 18 km long, also known as the Dwarka Expressway, which would connect National Highway 8 with Dwarka.

700 people had challenged the acquisition process for the land for the expressway in 2008. These people have accepted the rehabilitation package offered by the Government. According to this rehabilitation project, about 300 impacted people would get plots free of cost, and those who already have houses there, will get money to build new houses. The deadline fixed to vacate the buildings is 31st January.

The court disposed of 11 out of the 13 petitions filed and gave possession of the disputed land plots to the Haryana Urban Development Authority or HUDA. The two pending cases were also given a date for hearing. The court order is a positive one for the property owners of 40,000 houses that are built along the proposed Dwarka expressway, Gurgaon. These houses do not have proper access due to the incomplete NPR.

HUDA expects that the stretch of road from Kherki Daula to New Palam Vihar, which falls in Gurgaon, will be open for public use by 31st March, after they received the approval from the Government of Haryana to begin the rehabilitation of the ousters of the Dwarka Expressway.

The Reaction of the Property Owners Nearby Dwarka Express way

After hearing the court decision, some owners commented that they welcomed the decision if equal land is being given and proper compensation for building new houses. They still feel that it is unjust because the Gurgaon master plan and the road alignment was allegedly changed to make it suitable for the builders. It has been said that a two-story school building would be demolished to accommodate the NPR which will be 150 meters wide.

What the Decision Means for Real Estate Development in Dwarka Expressway

The court order was very well received by real estate developers, because more than a hundred private building projects have begun along the NPR. The court case managed to hold up approximately Rs. 50,000 crores of investment from buyers of property. After this settlement, the real estate developers will look to the HUDA to complete the pending part of the Dwarka Expressway.

Media reports say that more than 70,000 property buyers have made investments along the expressway, and once it becomes operational, it will provide them with better connectivity to Gurgaon as well as Delhi.

In a most recent development, the National Green Tribunal or NGT has asked for a report from the forest department of Delhi, with an allegation that trees have been cut down for building the Dwarka expressway without making sure that there is compensatory afforestation.

A plea by a non-Government body, states that the Government of Delhi allowed the National Highway Authority of India to cut down 3000 trees and transplant 3500, without making sure that there was compensatory afforestation. This matter will be heard in court on 5th November 2019, giving the department one month of time to submit their report.

As each roadblock gets cleared, the price of properties near the stretch is predicted to show a high rate of appreciation. The Dwarka Expressway has projects that are being developed by top real estate developers, like Ansal, Adani, DLF, Emaar MGF, and so on. The completion of the Dwarka expressway project will bring a smile to the faces of the developers and property buyers, and also provide a significant boost to the real estate market in the National Capital Region, which is going through a slump.

The Dwarka expressway should see a new era of connectivity and real estate development in the NCR region, and people who were displaced due to this project, will have the assistance of the court decision behind their rehabilitation.