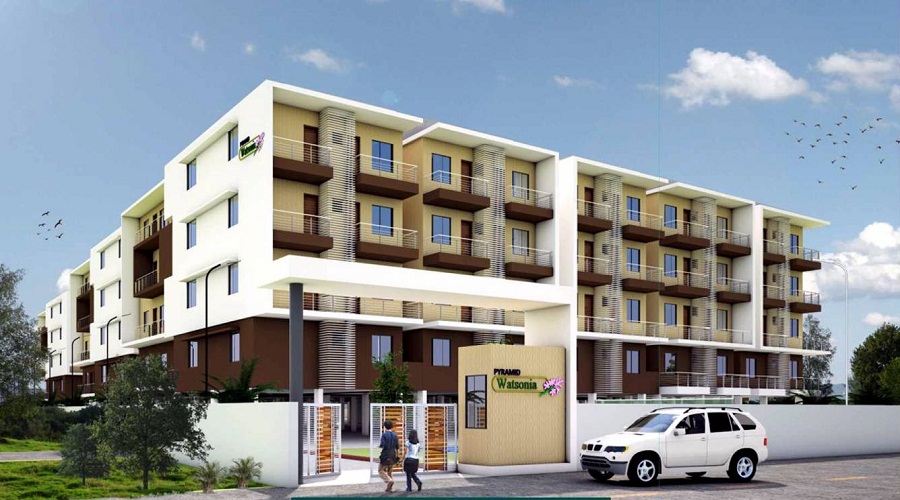 Pyramid Watsonia is among the best located and best maintained projects in jakkur, bangalore. developed by Pyramid Developers, this Residential property offers a total of 172 units with various configurations such as 2 ,3 bhk. the status of this project is Under Construction. spread across an area of Acres, Pyramid Watsonia has apartments that are available on sale and are priced between 44.28 Lacs-68 Lacs. consisting of towers, apartment sizes vary from 984 sqft - 1511 sqft.

Sweet Water with 100 Feet down from Ground Level.

Plots in the well planned urban estate with the provision of quality infrastructure and public utility services.

Clear Land Parcel with No High Tension Wire and No Villages.

Pyramid Developers is one of the most known groups in the property market. It is most active in building apartments, houses, and villas other than the planning and developing of the same. The group is also known for its best of the standards including transparent deals, effective rates, best standards and business ethics. ....Read More