The southern periphery of the Indian subcontinent welcomed the year 2018 with a relatively promising note with new hope for the real estate sector. The downfall of the regulations and policies placed over the Bangalore developers slowly settled down with as the New Year entered while the market exhibited an overall positive sentiment for the property sale.

The prime buzz surrounds the market of affordable housing along with a commercial front shaping up as time passes by. Top developers in Bangalore such as Hanu Reddy Realty, The Bangalore Real Estate Co., JLL Bengaluru, etc. have benefitted from the interested investors taking an informed decision before purchasing a property. The increased focus over the completion of half proceeded project has led to the availability of multiple options for the buyers.

Cities like Bangalore as well as Chennai reflect the maximum amount of growth regarding affordable housing in the south. The realty market in Bangalore continues to scale high as it enters the 2nd half of the year. Builders in Bangalore reveal the possibility of a substantial 92 per cent growth in the supply of newly launched properties with the incomplete projects being finished at a substantially faster rate compared to the previous year. 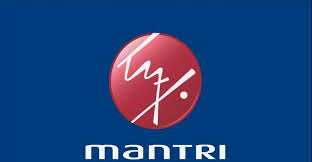 33 Projects
AOC is searching fo you …